SABO Group: Bonus of 1 million €! Our success is our people!

SABO Group, with its headquarters located in Vassiliko of Evia, is one of the leading group of companies in Greece, with 40 years of presence in the domain of constructing industrial equipment in multiple fields such as recycling and waste management, heavy industry, robotics and logistics systems in food, drinks and medicines, the construction of infrastructure and industrial building, heavy clay and, recently, shipping. SABO Group, apart from SABO S.A., is composed by the construction company SICAP ATE, SABO Filiere S.A. and other subsidiaries in Brazil, Romania and Italy, which employ totally 350 people.

Thanks to the devoted and highly specialized human resources, the group managed within 4 decades to be a striking example of entrepreneurial excellence not only in Greece but, also, in the international arena, with a dynamic presence in over 50 countries of Europe, Asia, Middle East, Africa, as well as North and Latin America, exporting annually more than 60% of its turnover.

Despite the crushing pandemic crisis, SABO’s Group turnover for 2021, increased by 33% in comparison with 2020, exceeded the amount of 55 million €. Thus, in view of the practical recognition of its employees for their contribution to the financial performance of the year 2021, the group has decided to channel its potential to its employees by securing 1 million €, more than 35% of profit before tax, plus to the fixed annual earning, to a bonus of high efficiency, while simultaneously proceeds to significant increases in the staff salaries. The additional staffing of the workforce with 50 new hires is included in the group’s direct plans for the year 2022. Additionally, the provision of private health care, free of charge, for all staff, is to be soon implemented.

Concerning last year’s supplementary benefits, SABO Group donated high-tech laptops for the children of the employees who were successful candidates in the Panhellenic exams. Also, it secured an extra provision for the Christmas festive table for every employee.

In parallel, investments of more than 3 million € are entering their final phase of completion, with the aim of increasing the production capacity, through the construction of new production facilities and the modernization of machinery. These investments are the second phase of an overall investment program exceeding 8 million € over the last five years.

SABO Group recognizes human resources as the fundamental capital for the realization of its business objectives and invest in its people, with key pillar of its corporate culture the acknowledgement of their contribution to achieving these objectives. 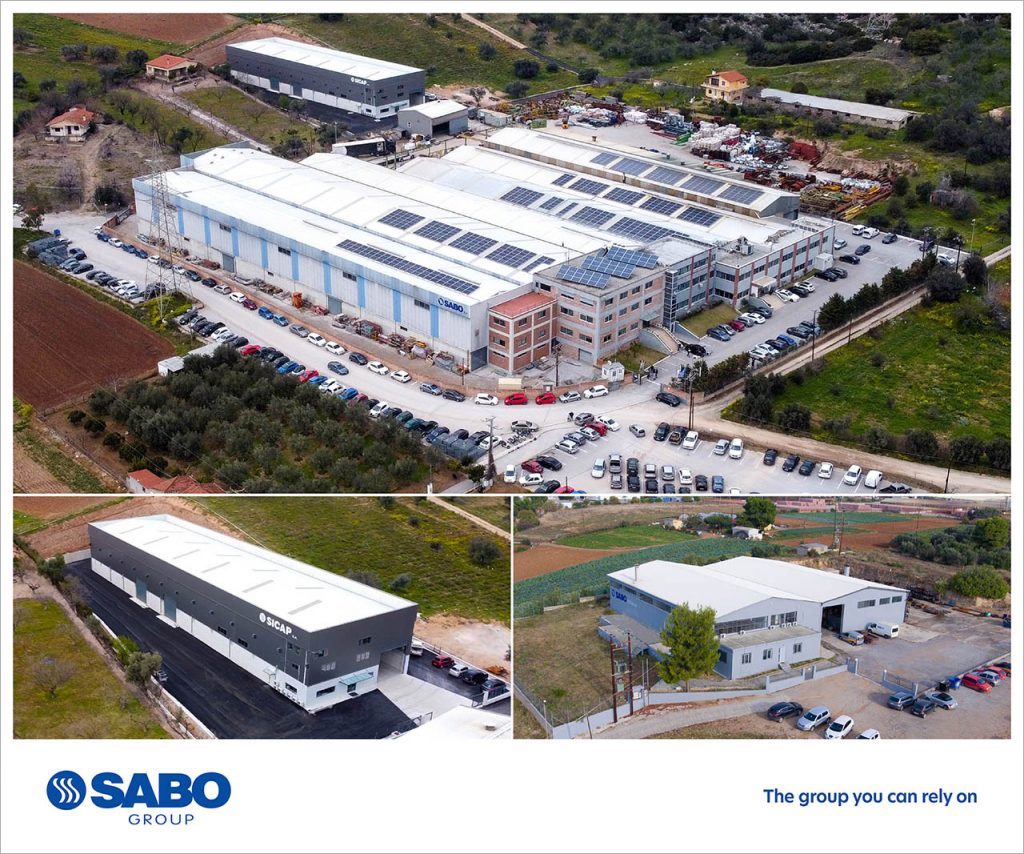